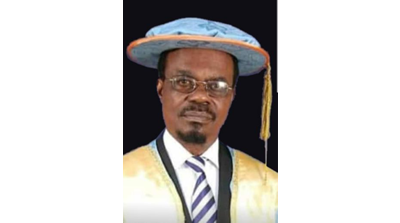 The Academy announces the passing on of Professor Sunday Petters FAS at the age of 77. The sad event took place on the 20th of July, 2021.  He was a Professor of Geology. He had a long and distinguished career of research and teaching at Ahmadu Bello University, University of Ibadan, University of Calabar, and Akwa Ibom State University (where he was Vice-Chancellor)

Professor Petters holds B.Sc, degree in Geology from the University of Ibadan, Nigeria; the M. Phil. and Ph. D degrees from Rutgers – The State University of New Jersey, U.S.A. He was a post-doctoral fellow at the Smithsonian Institution, Washington, D.C., U.S.A, and at the University of Delaware, U.S.A.

Professor Petters is a fellow of the Nigerian Academy of Science; fellow, Third World 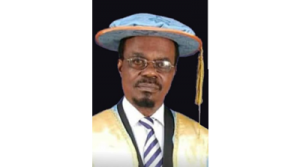 Academy of Sciences (TWAS) based at the International Centre for Theoretical Physics, Trieste, Italy; fellow, Institute of Advanced Study (Berlin, Germany); and a fellow of the Smithsonian Institution, Washington, D.C., U.S.A. He was an American Chemical Society Petroleum Research Fund Scholar, Rutgers University; New Jersey State Grant Awardee; and a beneficiary of the American Embassy (Lagos) Educational Travel Grant in Summer 1968, during which he travelled extensively in the United States, visiting the US Soil Conservation Service; Bureau of Land Reclamation; Bureau of Indian Affairs; U.S. Forest Service; U.S. Wildlife Service; and the Tennessee Valley Authority (TVA). Professor Petters was a John F. Kennedy Scholar at the University of Ibadan, after he won the first-place prize at the nationwide essay contest organized in Nigeria by the American Embassy in honour of President John F. Kennedy of the United States of America. International scientific visiting fellowships awarded to Prof. Petters include, the senior staff fellowship of the British Council for summer 1984 at the University of Leeds, United Kingdom; the German Academic Exchange (DAAD) at the Technical University, Berlin, Germany (1987, 1995); Guest of Mobil International (now ExxonMobil), Dallas, U.S.A. (1989); visiting scientist, University of Tubingen, Germany 1998, 2000); and a Guest of Shell International Research Centre (E & P), Rijswijk, Holland (2001), during which he visited the University of Utretch and the Technical University, Delft

Professor Petters has so far supervised 9 Ph. Ds and 25 M.Scs. He has participated in various International Geoscientific Projects listed below:

Research Projects completed by Prof. Petters in North America and Africa are:

Between 1979 and 1991, he conducted research on African Geology at various institutions (University of Leeds, UK; St. Andrews University, Scotland; British Museum of Natural History, London; University of Tubingen, Germany; Technical University, Berlin); and was in residence at the Institute of Advanced Study in Berlin, 1989/90, where he completed the book titled: “Regional Geology of Africa”, published by the international publishing company, Springer-Veriag, Heidelberg, Germany in 1991. In scope this book covers the geology and mineral resources of Africa: and is the first of such a comprehensive textbook on Africa.