Nigeria’s universities are performing poorly. What can be done about it

Why are Nigeria’s universities in such a sorry state? Some would say it had to do with just one word: money. Sadly this is part of the reason. But not entirely.

Nigeria’s universities have been under-funded for decades. Like a talented but under-achieving football team, fail to achieve goals because the country hasn’t invested enough in their structure, their facilities and their people.

My colleague Professor Val Ekechukwu, the Dean of Engineering at the University of Nigeria, Nsukka, and I did a review of Nigeria’s top 12 universities to assess their academic output. This review was undertaken as part of a comparative assessment of Nigerian universities to other emerging global economies (Brazil, Turkey and Thailand). The review hasn’t been published in an academic journal but its contents have been made available to readers interested in the development of tertiary education in Nigeria via news outlets.

We sourced the data for our paper from SciVal. This tracks the research performance of over 10,400 research institutions from 230 countries.

The problems
Decades of under-funding in universities has had dramatic consequences. These include:

Nigeria’s university system isn’t big enough. The country’s population is now pushing towards 200 million, over 60% of which is under the age of 25 years. Demand for university places vastly exceeds current capacity. In 2017, 380,000 domestic university applicants didn’t get a university place.

Nigerian universities lack prestige. According to the 2019 Times Higher Education world university rankings, Nigeria has two universities in the world’s top thousand – Covenant University and the University of Ibadan. This compares to nine from South Africa – out of a total of 26 in total – and 11 from Egypt.

Universities under-perform on research. According to our research, Nigeria’s universities produce only 44% of the “scholarly output” of South Africa and 32% of Egypt. This is despite the fact that Nigeria has nearly four times more universities than Egypt and over six times more than South Africa.

The higher education sector loses local talent and fails to replace it. According to UNESCO data, over 60,000 of Nigeria’s brightest students – equivalent to 375 students for each of our 160 universities – choose to study abroad. There’s nothing intrinsically wrong with this. The trouble in Nigeria’s case is that it fails to attract the equivalent in foreign students. It becomes a “brain drain” rather than the “brain exchange” it could be.

And yet, the education budget in Nigeria has seen little or no change over the last few years, and government funding of education remains low. In 2018, it was just over 7% of the national budget. This level of funding, as a percentage of the total budget, has remained stagnant since 2009 when it was 7.25%.

A widely-used international indicator to measure the level of investment in research is the Gross Domestic Expenditure on Research and Development. It’s measured as a percentage of the total economic activity in a country or Gross Domestic Product.

Nigeria trails behind even its African equivalents at 0.2%.

How to fix the problem
Nigeria is Africa’s biggest economy and most populous country. Why then, when it comes to university education, does it behave more like a backwater than the mainstream it should be? What can be done?

We would argue that improving the outcomes of Nigeria’s universities requires investment, powered by a national strategic vision and matched with good governance.

The Nigerian University Commission has indicated that it intends to increase university capacity by supporting the creation of new private universities. But indications show that the commission hasn’t focused on the level of scholarly output. Quantity is of limited use unless accompanied by quality.

Offering joint faculties or schools between foreign and local institutions would be another way of bringing investment into Nigerian universities. The foreign investment model has led to significant improvements in the quality of education in other countries, for example in Malaysia.

But turning to the international market for investment would require significant policy and governance changes within the Nigerian University Commission.

To improve university research activity, the proposed establishment of the National Research and Innovation Foundation as detailed in the Science, Technology and Innovation Policy of 2011, is now urgently required. An established research and innovation foundation could have responsibility to fund research and development across all subject areas, and monitor its quality.

It’s vital that the strategic vision of the foundation is aligned with the economic objectives of the country. This will ensure the development of strong research in subjects critical to the economy.

Of course, decades of neglect will not be remedied in a year. There are competing demands for government funds, such as in areas from transport infrastructure to health. But there must be a strong political will to improve universities year on year, and make education a long-term priority.

Nigeria has just voted for a new government. Let us hope the new government has a vision for Nigeria’s tertiary education – a vision that will give a youthful, vibrant Nigeria the universities it deserves.

Professor Val Ekechukwu, the Dean of Engineering at the University of Nigeria, Nsukka, contributed to the research.

Professor Olanike Adeyemo FAS has been appointed to the membership of the Committee on World Food Security (CFS) High-Level Panel of Experts on Food Security and Nutrition (HLPE) Steering Committee. She is the only appointee from the African Continent.... 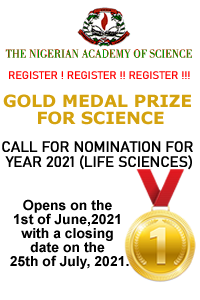